Skip to content
Inntel Zaandam – The hotel stacked with charm 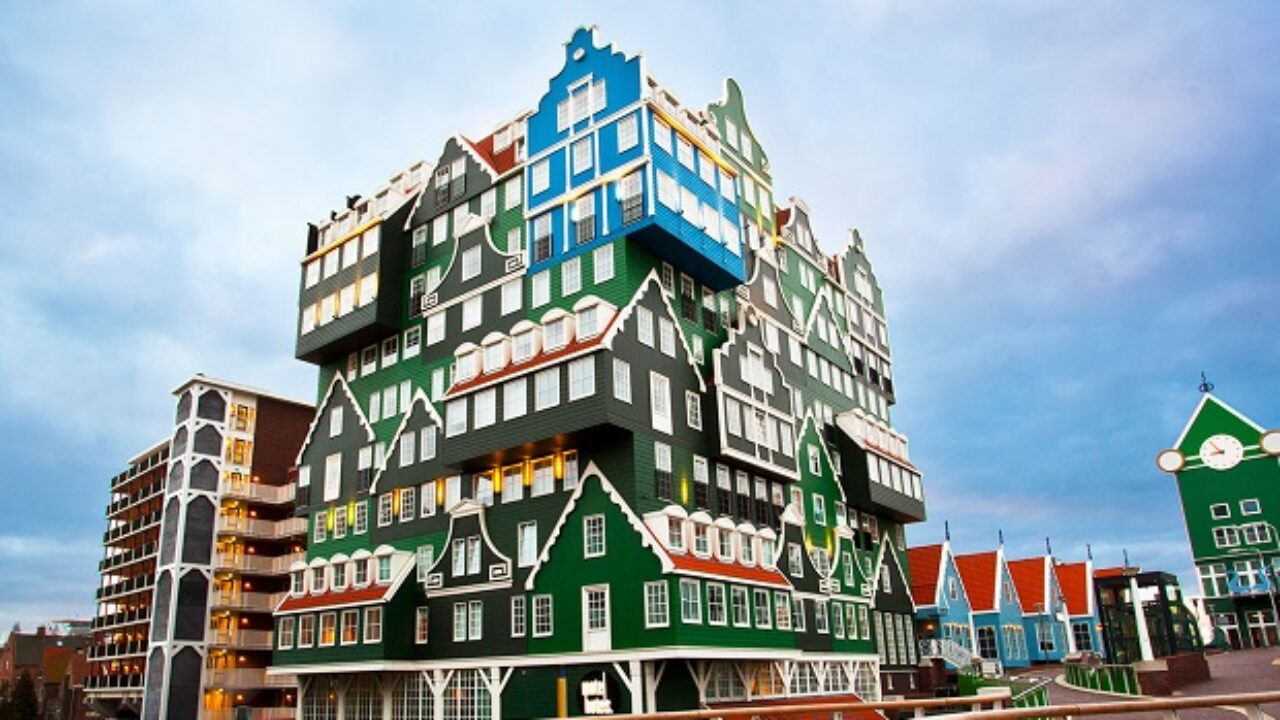 The Hotel ‘Stacked’ with charm

Zaandam, until now, is best known for it’s cocoa, biscuits and housing Europe’s first McDonald’s – but the skyline is now peculiarly adorned by an illusion of a building that looks like the builders carefully arranged a smorgasbord of houses on top of each other.

“I didn’t set out to shock,” says Wilfried van Winden, chief architect of WAM, the Delft-based practice behind it. “But this is, of course, an outspoken building. And the language it speaks is the architectural language of Zaanstad. It makes a big statement, sure, but the building is not an imposition – it belongs here.” All the facades are based on traditional Zaanstad houses. “From a stately notary’s dwelling,” he says, “to workers’ cottages.” Van Winden’s favourite is a re-creation, high up, of a blue house that features in a work by Claude Monet, painted during a trip to Zaandam.

It is in-fact a wonderfully modern hotel, with a recent technological in-room facelift provided by IRS Telecoms, deployed with Otrum Mirage and Samsung Smart TVs, the TVs (at least) sit square on the walls!  While guests may be amazed by the exterior of this hotel, we also think they will be equally in awe at the movies available on the Airtime solution deployed in the well appointed 165 bedrooms.

10 Movies To Watch This Halloween

10 movies to watch this Halloween Planning for your Halloween weekend? Whether you’re 50 or 5,